All the Grace in the Unknown

Last week I wrote the devotional “All the Grace” (that I posted this week) while I was a sponsor on senior trip. 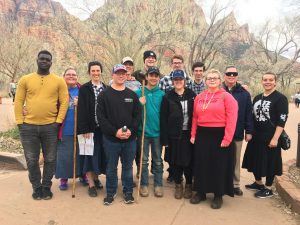 The nine seniors and two sets of sponsors had left for a week in Utah.  We were planning a week of hiking, horseback riding, visiting national parks, and more. 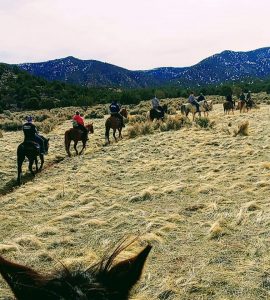 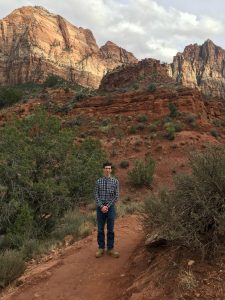 Tuesday, I had taken half of the group up to Brian Head, Utah, for skiing and snowboarding (thinking I would be the photographer for the group).  To our dismay, the mayor had come to the rental place that morning and ordered everything shut down.  We could see the people having fun in the snow on the slope, but no one else was allowed to rent anything.  Everything was being closed for the rest of the season!  The rest of the week’s activities were being canceled.  Our minds raced to the years of work that we had done for this trip!  The mood in the van was dejected, as the seniors and I headed back over the mountain.  Then somewhere along this road (with little cell phone reception) one of the parents got through to the boys to let us know that the governor had just canceled school for the rest of the year.  It was hard for the seniors to wrap their minds around this…no fine arts festival, no junior/senior banquet, and no classes.  Would there even be a graduation?  Usually when you finish a stage in your life, there is a certain amount of working through it.  Even at joyous times like graduation, you realize, “This phase of my life is over.  I’ll never relive it.”  We all had thought that the seniors would have two more months to work through this all.  Two more months of walking down the halls, talking to their friends.  But we thought wrong.  Usually everyone parts at graduation, but these seniors that I was with last week realized that they were parting THEN.  When they got back from senior trip, they really would never be together again.  That’s a lot to take in for one afternoon.

As we got back to the cabin, more reports kept coming in.  It felt like major government control to me.  So, while the rest of the world worried about toilet paper, I worried that maybe it was leading to the end.  The time that I have heard about for years—changes in governments, economical situations, the world, the antichrist!  All this darkness was swirling around my head!  Five states away from the rest of my children, I worried.  What about my children who are not ready?

The seniors felt desperate to stay together in the cabin playing games, and soaking in each other’s fellowship, even if we didn’t go super-exciting places.  I found that I had time to write devotionals (in fact, I think I’m set up for several weeks to come).  I wrote the devotional “All the Grace.”  It felt good to type out the ways that God had made Himself real to me in the past.  During a lull in the day, I got Samuel alone and read it out loud to him.  After all, the whole thing had to do with him.  When I got to how God had all the grace for Samuel, my emotions came to the surface, and I began to cry.  Here we were in an uncertain time, facing only God knows what, and the lessons that God had everything we need were still real.  Samuel still needs that grace!  My children still need that grace!  I still need it.  All the grace! 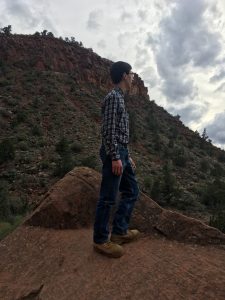